Using 3D scanners in the film industry. Bringing magic to your screens
<     >

Ever wonder how characters can jump off buildings unharmed, transform into animals or robots, or soar up high into the moonlit sky? Well, none of this would be possible without visual effects. The majority of motion pictures use special effects to bring to life on the screen the amazing ideas their creators saw in their mind’s eye. Brought together with convincing actor performances and unexpected plot twists, visual effects give audiences an unforgettable viewing experience and become part of the storyline. Over the years, visual effects have become so true-to-life that when done well, almost no one can tell that they’re not the real thing. The devil is in the details. And those details can either make or break a movie. Creating a visually captivating masterpiece takes time and serious effort. Something that appears on the screen for only a few moments might have taken days or even weeks to prepare. Though many creative processes are used to give birth to fascinating visual effects, incorporating 3D scanning into the mix has been a real game changer. Read on to find out how professional 3D scanning solutions made sure that the world of CGI would never be the same.

3D scanning in a nutshell

Before we get into the details of how 3D scanning is used for special effects, let’s first take a brief look at what is meant by 3D scanning. 3D scanning is a technology that brings the physical and the digital world together. 3D scanners are the perfect tool for quickly creating a digital replica of a person, an object, or even complete buildings and environments, including their shape, size, and color. The captured 3D data is worked is processed to create an exact 3D model with which the CGI artist can interact however they see fit and create their own variety of on-screen magic.

Today you can find a large variety of 3D scanners available with different capturing methods, such as portable structured-light scanners or stationary laser scanners. For CGI, FX artists usually go for handheld, structured-light 3D scanners, such as the Artec Eva or Space Spider. Eva is often used for scanning faces, heads, and bodies, while Space Spider comes in handy when scanning props and any details on the body that call for a finer scan. The main reason for choosing handheld 3D scanners is that they are easy and safe to use, while producing great results. You can easily move around a person or object when holding the scanner. And their portability means that they can be used pretty much anywhere, even outside.

Creating a feast for the eyes with 3D scanning

3D scanning is normally used for capturing any given element of a motion picture to have special effects applied at a later stage, creating an unforgettable viewing experience. Lush cinematography is always a pleasure to look at, and 3D scanning makes the process of creating ultra-realistic visual effects that much easier. Using portable 3D scanners helps visual effects artists create true-to-life digital replicas of characters as well as props and make them do pretty much anything imaginable on the screen. The sky’s the limit!

“3D scanning brings the ability for directors to do anything they want. It’s a new era for filmmaking, and today directors can really follow their vision in the story telling process, having the chance to achieve any thought process or concept they have in mind.”- Nick Tesi. Founder of TNG Visual Effects Studio

Wondering if maybe you’ve already seen some special effects that were created via 3D scanning? You probably have. Special effects agencies in Hollywood and elsewhere love using this innovative technology. That’s mainly because 3D scanning is a much better alternative as well as an addition to the standard methods used for visual effects such as, casting, drawing, creating props from scratch, creating silicone shapes, etc. It’s easy, fast and absolutely safe, which can’t be said about some of the stunts you see on your screen!

Here is a list of just a few blockbusters and TV shows that used 3D scanning for their CGI: 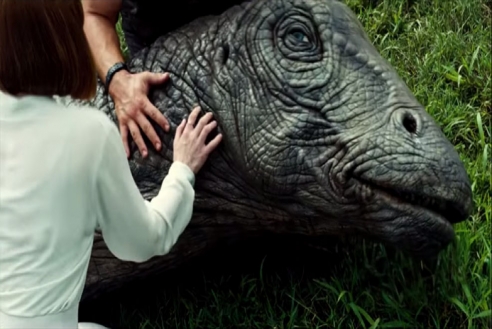 3D scanning was used in the iconic Jurassic World movie to quickly and easily change the size of the dinosaur’s head and neck for the film. The initial prop was made via milling with subsequent detailing, but it was later decided that it needed to be bigger for the film. If it weren’t for the Artec 3D scanner, the prop would’ve had to be rebuilt from scratch, but the solution the LE engineers went with instead was rapid prototyping – they scanned the physical mold and created a precise 3D model, which they could then modify in CAD software and then take this forward to create the final prop that we see in the motion picture.

“We scan what the artists traditionally sculpted, and at that point, once it’s in the computer, we can then go to any scale that’s needed. So instead of starting over, we were able to save a lot of manhours.” - Legacy Effects` lead systems engineer Jason Lopes.

3D scanning was also used to help create the ultra-realistic and gruesome visual effects in the Fear the Walking Dead TV series. CGI artists used Artec’s highly-precise Space Spider 3D scanner to capture actors and props for the production of the TV show. 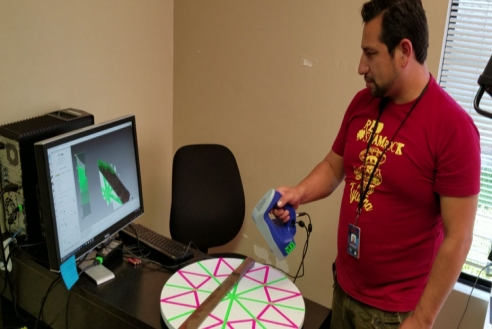 For example, in order to shoot a realistic scene where a knife was used to stab one of the actors in the ear, (but also to make sure there were no real casualties on set) the action was shot using a truncated knife, i.e. a knife with no blade. In order to follow the motion of the knife, the individual pixels of its handle were tracked on a frame by frame basis. The CGI crew then used data from the 3D scan of the knife to add the blade to the final scene, resulting in a highly realistic, but rather brutal, scene. Yikes! 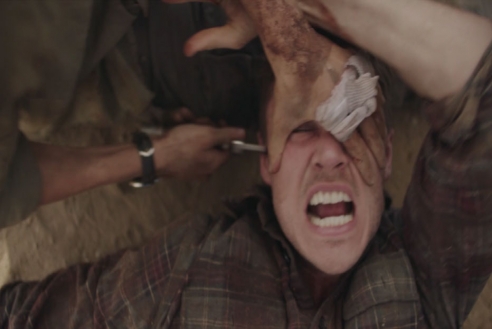 Another legendary movie that greatly benefited from 3D technologies is Terminator Genisys. For this movie, an Artec 3D scanner was used together with traditional casts to create hybrid makeup, where the exposed parts of the endoskull fit perfectly beneath the facial skin of the Terminator. Combining these two methods of creating special effects gave the FX artists creative freedom and saved them a load of time!

“We had life casts of Arnold, we had a couple of scans of Arnold, so we took them all into Zbrush, cleaned them all up, made them all nice and then took an endoskull, put that inside and started carving it down like you would with clay, like they did on the original.” Scott Patton, Legacy Effects` lead designer.

Watch the process of creating the hybrid make-up here!

For the Sleepy Hollow TV Series, 3D scanning was used by the Second Chance Games & Visual Effects specialists to develop a digital double of Wraith, an ancient demon played by actor Alexander Ward in ‘Whispers in the Dark,’ Season 3 Episode 02 of the Sleepy Hollow TV series (©20th Century Fox). 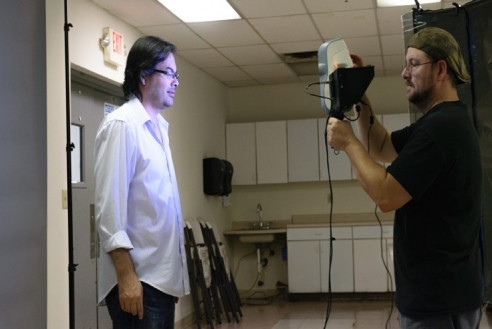 As the scanning area was rather large and the detailing had to be immaculate two 3D scanners were used. The robe of the character was captured with an Artec Eva handheld 3D scanner, while an Artec Spider was used for facial areas where ultra-high detail was needed. The material of the robe was black and shiny, which can be a real challenge for some devices, but it was no match for these scanners! The result was a lifelike 3D model that could easily be maneuvered by the VFX department. 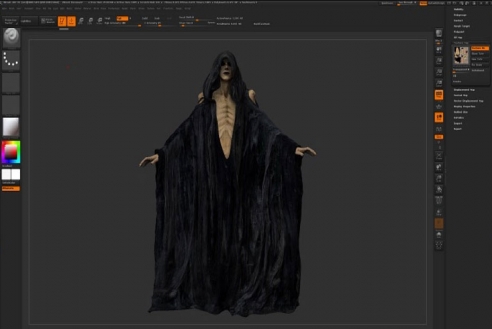 These are just a few of the many new cinematography tricks, using 3D scanning to create astounding special effects. With constant developments both in 3D scanning technologies and CGI solutions, we are sure to be seeing even more special effects experts integrate 3D scanning into their workflow.